Being a multi-cultural state, a number of festivals and events are celebrated with a lot of passion in Goa. Most of them take place annually and are attended by thousands of tourists and locals. Along with delicious food, music and dance, one can enjoy alcoholic beverages, amazing DJ’s and fireworks during the events. Here are some of the top events that take place in Goa:

This five day festival usually takes place between the months of February and March every year. The festival mainly focuses on Goan cuisine, especially the famous seafood of Goa. Food in the state is as popular as music, dance, poetry and painting in Goa. The cuisine is a perfect blend of western and Indian food, with special focus on seafood. A number of stalls, from the best hotels to restaurants in the state, are set up during the festival offering delicious Goan food. Besides that, many stalls also offer aerated and alcoholic drinks, ice creams and other types of snacks. For entertainment, many cultural programs and fireworks take place during the festival. 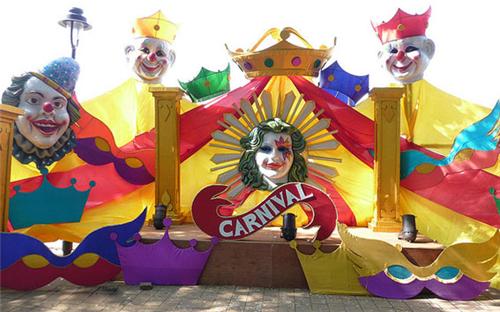 One of the most famous events in the state, Goa Carnaval takes place in the month of March, for four days. The carnival consists of lots of fun, frolic and entertainment for the visitors. There is a lot of excitement and zest found during the festival. One of the must-visit carnivals in India, as the streets come alive with colorful floats and bands of masked revelers, singing and dancing to energetic music. Four days of non stop festivities, Goa Carnaval attracts thousands of visitors from all over the world. 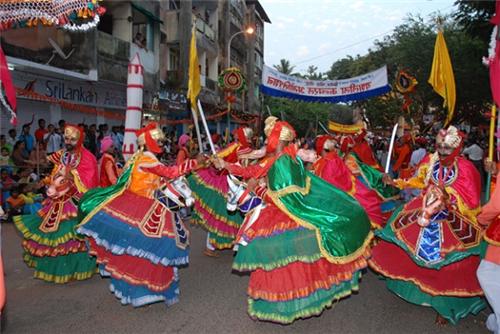 Another popular festival in the state of Goa, Shigmo Festival or Gulal Utsav is celebrated in a manner very similar to the popular festival of Holi. One of the biggest spring events in the state, the festivities go on for fourteen consecutive days. It is celebrated to honor the warriors who left their homes at the end of Dusshera to fight the raiders. The festival begins from the 9th moon day till full moon and during the entire time, locals are dressed up in colorful attires and celebrate by singing and dancing to folk music. 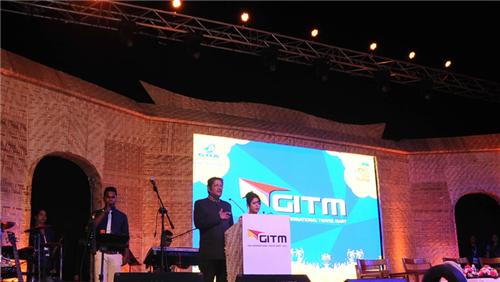 The whole point of this event is to showcase Goa as a popular holiday destination in India. The event takes place in April every year and strives to connect the hoteliers and stake holders in Goa face to face with other leading travel agents in the country and abroad. A huge pavilion is set up at the GITM that showcases the nightlife, beaches, heritage sites and hotels, spice farms and wedding destinations of Goa.

Since Cashew was first introduced in Goa, it has become an important contributor to the economy of the state. Similarly, Coconut is also an important aspect of the Goan economy. The event takes place in the month of May and aims to promote Goa as a year round holiday destination. A lot of cashew and coconut handmade products are showcased during the event with fun activities like cashew stomping, coconut tree climbing and so on.

The International Film Festival of India (IFFI) takes place every year in the month of November in Goa. The state is the permanent venue for the event and is a popular platform for showcasing art cinema and understanding films belonging to different genres. This is done to reduce the cultural gap across different countries. Awards are given for different categories such as awards for directing and acting. It is also an opportunity for local Goan Tiatr artist to be acknowledged outside Goa.

One of the most famous Christian festivals in the state, this festival is held at the most important church in Goa – Our Lady of Immaculate Conception Church. The feast is celebrated all over the state. In the city of Panaji, the festivities go on for three consecutive days, which include a huge fair held near the church where lots of shopping options are available for the tourists and a feast held in the honor of the conception of the church. Colorful fireworks take place during the night.

Dattajayanti is a popular Hindu festival celebrated to honor the birth of Lord Dattatreya at the famous Datta Temple in Goa. On the day of the festival, people go to the temple where an idol of Lord Datta is decorated in a cradle and hymns are sung. Afterwards, a procession called Pradakshina takes place around the temple with the idol.

One of the most important festivals in Goa, Christmas and New Years is celebrated with a lot of passion and zest in the state. From 25th December to 1st January, this is the busiest time in Goa, also known as the tourist season. During this time, visitors from all over the world descend to Goa to celebrate this festival. The locals celebrate Christmas by wearing their finest clothes, decorating their houses with colorful lights and offering prayers at the church. 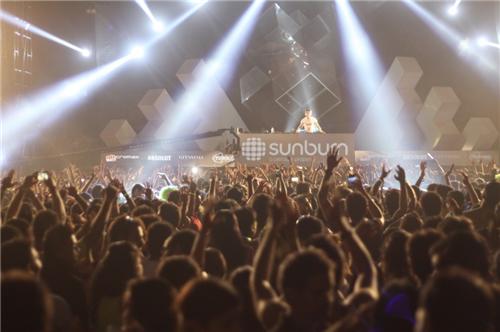 Sunburn is one of the most popular music festivals in the state, which has been attracting many visitors from the entire world since its inception. Started in 2007 in Goa, Sunburn is a three day music event where both famous domestic and international DJ’s play live on different stages. Besides music and dancing, other attractions during the event include shopping, food and lots of entertainment in the form of different activities like mechanical bull riding, slippery football, spa treatments and rock climbing. The festival has been attracting more and more visitors every year, who especially come to Goa to watch their favorite DJ, play live.
2881