The Portuguese Flavor of Goa

The Portuguese Flavor of Goa

Goa is among the premium tourist destinations of India. It is blessed with long beaches of white sand and a culture that stands apart from others that are found in the country. In the best sense of terms, Goa can be called a traveler’s dream. Everything in Goa, from the style of its architecture to the food habits, is vividly different from the rest of India. 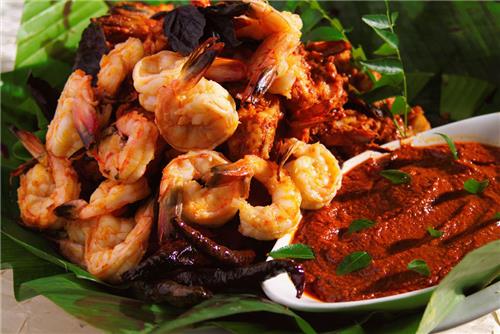 Some amazing sea food of Goa / source
A great deal of Goan identity stems from the fact that this used to be a Portuguese colony until very recently. As Indians drove away the British in 1947, only a handful of pockets remained whose administration were not handed over. Goa was among these. Only in 1961 did the Indians finally annex these territories and make them parts of integrated India. The effect of centuries of Portuguese rule was indelible in the way of Goan life. It is marked by huge Portuguese influence that transcends regional barriers of the state. Most of these influences are manifest in the way people lead their lives.

In the fifteenth century, the first Portuguese arrived in Goa. The exotic spices and the charming land caught their attention as they colonized it subsequently. Through the years, Portuguese influence grew in the region and the result was a slow but definite transition towards their way of life. The exchange of culture became visible in the style of architecture and the way people led their lives. Churches that are characteristic of those in other Portuguese colonies still dominate much of the state’s colonial architecture. As the British increased their hold over the rest of India, the Portuguese managed to latch onto this patch of land.

Even today, the Portuguese language is spoken more fluently than any other Indian languages in the state. Several offices have retained the language for their communication requirements. More notable influences can be observed in the life and culture of the people. The eating habits of the Goans are a result of the Hindu origins and Portuguese influence. Several of the major ingredients of a typical Goan meal have been introduced by the Portuguese. These include potatoes and chilies, which eventually spread to the rest of the mainland. Cashew, a form of spice that originated in Latin America was brought in by the Portuguese as well. Today, it is a staple in farms across the region. Food items such as Balchao, Croquettes, Feijjoada, Xaputi and Sorpotel have distinctly Portuguese origins. Moreover, the variety of sea food and spices available locally allows a large room for variations.

Goans are especially interested in dance and music. Several forms are practiced in the state such as Corhidino, Fugdi, Mando and Dulpod. Many of these dance forms originated in Portugal, or drew heavy influence from the Portuguese. And that is not everything. Even cultural forms whose origins are distinctly Indian have been injected with Portuguese culture in Goa. This semblance of Portuguese culture with the Indian of the Goan Hindu culture has morphed into a cultural delicacy that is found in few other places.