* In case of any delay in receiving the OTP, you may verify it later. Please proceed without verification.

The churches and cathedrals in Goa are the remnants of the Portuguese rule in the state. Most of these churches were built during the 16th and 17th Century and are affiliated with different congregations. These magnificent buildings represent the legacy of Portuguese culture and social life in Goa. All the churches over here are a part of the Archdiocese and are declared as protected sites. 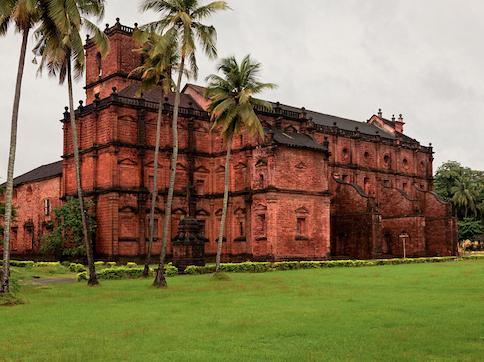 Built during the 16th Century, Basilica of Bom Jesus is one of the most popular and important churches in Goa. Situated in Old Goa, it is the first minor basilica in the country. This magnificent church is dedicated to Bom Jesus meaning infant Jesus with an idol of Baby Jesus and St. Ignatius Loyola, founder of the Jesuits, located above the altar. Basilica of Bom Jesus is also home to the mortal remains of St. Francis Xavier, kept in a silver casket. The church is open everyday from 9 am to 6:30 pm.

Church of St. Francis of Assisi 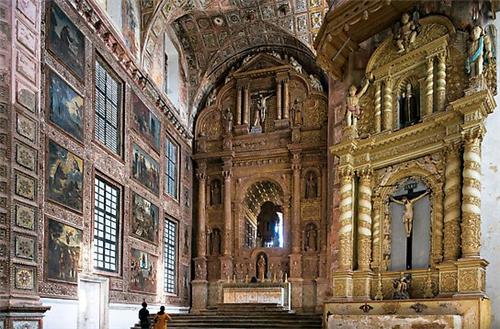 Initially built in 1517, this Portuguese style church is located near the Se Cathedral and Palace of the Archbishop. It was renovated in 1521 and 1661. Laterite stones were used in building this church while the entrance and choir was built in Manueline style. The interiors are adorned with beautiful paintings and tombstones. The convent located next door also houses a famous Archeological museum. 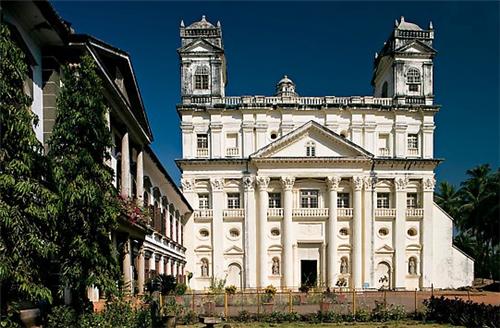 Located in Old Goa, about 11 kilometers from the capital city – Panaji, this church is renowned for famous inscription of the Christ – ‘My House is a House of the Words of Christ’. Constructed in 1661, St. Cajetan Church is built in a style very similar to St. Peter’s Basilica in Rome with a Corinthian façade. 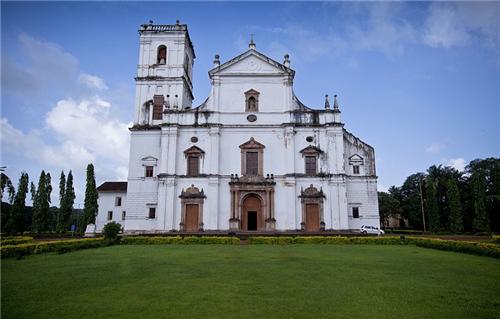 Se Cathedral is one of the largest Roman Catholoic Church in the entire continent and also the oldest church in Old Goa. According to the legend, in 1510, Alfonso Albuquerque defeated the Muslim Army and took over Goa. Dedicated to St. Catherine of Alexandria, it is believed that this 16th Century church took almost eighty years to complete. Also known as St. Catherine’s Cathedral, this church has an interior that simply shouts grandeur.

A part of the UNESCO World Heritage Site, Se Cathedral reflects the Manueline style architecture of the Portuguese. The church has five bells and among them the Golden Bell is the most popular due to its size and rich tone. Another famous attraction of the church is the chapel of Cross of Miracles situated on the right side of the altar. It is believed that in 1919, an apparition of the Christ materialized on the chapel. 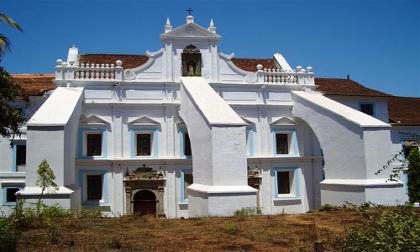 Built in 1606 AD, Nunnery of Santa Monica is the largest nunnery in Asia and only one-of-its-kind in Goa. Also known as Royal Monastery of Santa Monica, it is the only convent for nuns in the state. It was given the status of a church in 1968 and is known for its impressive walls and buttresses. It is three story building with large courtyard on the front and numerous cells and halls inside the building.

Ruins of the Church of St. Augustine 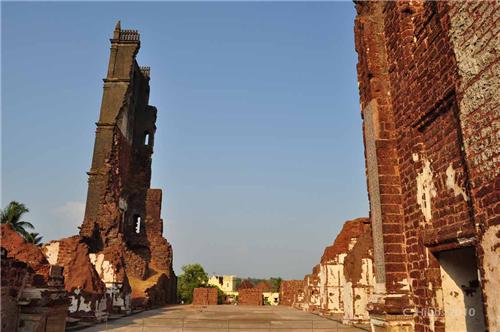 All that left today of this church is a 46 meter high tower, which was once a bell tower and formed a part of the church’s façade. Located on the Holy Hill of Monte Santo, this church, when intact, was once the biggest church in Goa. It was built in 1602 by Augustinian friars, who arrived in Goa during 1587. The church was abandoned in 1835 because of the exploitative policies of the Portuguese government. As Old Goa became empty due to incessant epidemics, the vault in the church collapsed in 1842 and by 1938, the entire church fell down. The huge bell in the church was shifted to Church of Our Lady of the Immaculate Conception in 1871, where it can still be seen today.

Built in 1555, Reis Magos Church is one of the earliest churches in Goa and the first one in Bardez Taluk. Situated on the banks of River Mandovi, this church is also home to the popular Reis Magos Fort. The church is dedicated to the Three Magi Kings or also known as the Three Wise Men, who were the first people to bless Baby Jesus. 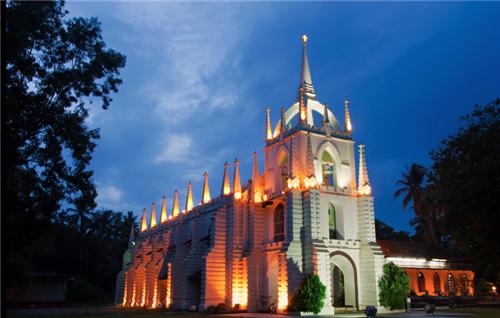 Our Lady Of The Immaculate Conception Church 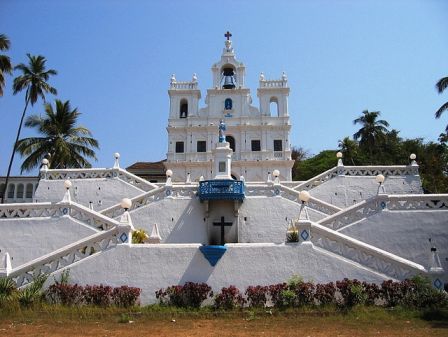 One of the oldest churches in Goa, this church has existed in Panjim since the 1540’s. However, it was re-built in 1619 and given a completely new look. The interiors of church are quite simple but impressive with an altar dedicated to Lady Mary and two neighboring altars dedicated to Our Lady of the Rosary and Jesus Crucified. Statues of St. Peter and St. Paul can also be found here located next to the altars. 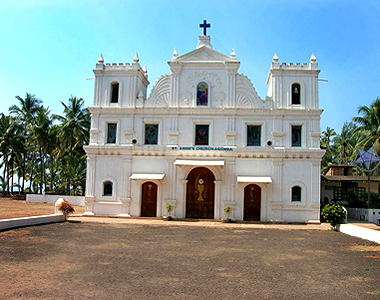 Located in Talaulim, this church is a fine example of the beautiful baroque architecture of the Portuguese. The construction of this church began in 1577 by Monsignor Francisco de Rego, however its completion fell upon his successor, Antonio Francisco Da Cunha. The church is renowned for its unique features and secret hollow walls, where people can go in for confessions.

Temples in Goa are exactly like the other Hindu Temples in the country. Each temple consists of a Garbagriha or central shrine and a Shikara, which is basically a tower arising from the main shrine. However, Goan temples are a little different in terms of architecture, this is because of Goa’s glorious history. Here are some popular temples in Goa: 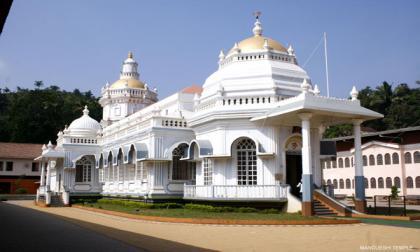 Located about 21 kilometers from the capital city of Goa – Panaji, Shri Mangeshi Mandir is one of the most popular and frequently visited temples in the state. It is dedicated to Bhagwan Manguesh, who is believed to be an incarnation of Lord Shiva. This 400 year old temple is one of the most beautiful temples in Goa with an elegant structure consisting of numerous domes, pilasters and a stunning seven story Deepstambha (lamp tower) inside the temple complex. 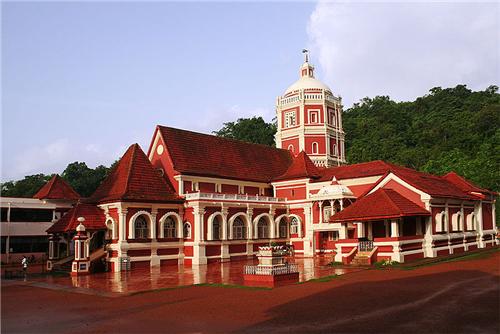 Situated near Kavalem in Ponda Taluk, Shantadurga Devi Mandir is located about 33 kilometers from the capital city. The temple is dedicated to Goddess Shantadurga, who is believed to be the goddess who mediates between Lord Shiva and Lord Vishnu. Locally, the goddess is also known as ‘Santeri’. This beautiful temple is built in Indo-Portuguese style architecture with a pyramid shaped ‘Shikaras’. The main feature of this temple is the golden palanquin in which the Goddess is carried during festivals.

Located at Parshem, Bhagawati Devi Mandir complex consists of five major temples, namely Devi Bhagawati, Shri Sateri, Shri Dev Bhivangi Panchakshari, Shri Dev Ravalnath and Brahma (Shri Shankar, Shri Ganpati and Shri Vishnu). The best feature about Shri Bhagwati Devi Mandir is the fact that it has two beautiful Deepstambhas (lamb towers). The best time to visit this temple is during Dussehra and Shimgo festivals, which are celebrated with a lot of zest and fervor. 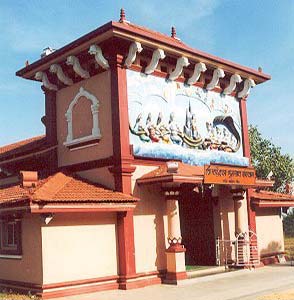 Situated at an altitude of 1150 feet, Shri Chandranath Mandir is located on Chandranath Hill in Paroda, Quepem. The temple is dedicated to Lord Chandreshwar, who is believed to be the titular idol of the Bhoja Kings, who dominated South Goa till the 8th Century. To reach the temple, one has to take the diversion at Paroda towards Chandranath Hill and from there it is steep climb to the temple. However, once you reach the top, the entire effort will be completely worth it as the temple provides beautiful views of the green valley of Quepem and Salcete Taluka. 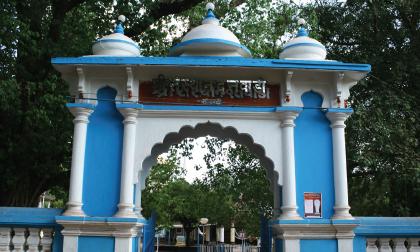 Shri Datta Mandir is located Sanquelim, about 40 kilometers from the administrative headquarters of South Goa – Margao. The temple is situated amidst immense greenery and provides a beautiful backdrop of a hillock covered with numerous Areca Palms. It is believed that the deity over here can cure people with an unsound mind. The most important festival celebrated over here is Datta Jayanti, which is attended by thousands of devotees from all over the country. 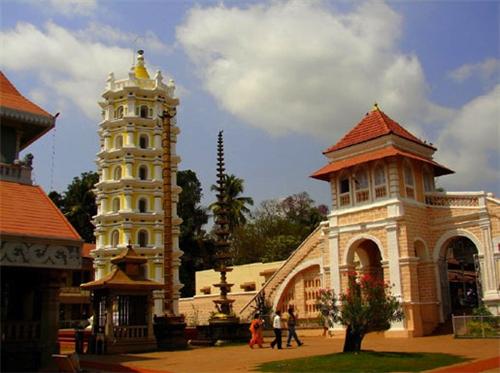 Located about 36 kilometers from the capital, Mahalsa Narayani Mandir is another popular temple in the state. Dedicated to Lord Mahalsa Narayani, who is believed to be an incarnation of Lord Vishnu, the temple consists of huge wooden pillars and silver framed front door. A large gorgeous Deepstambha, made out of five metals and consisting of 21 rings for 150 lamps, is situated at the entrance. The lamp is the main feature of the temple, especially during the night of Zatra when the entire lamp is lit up with lights. 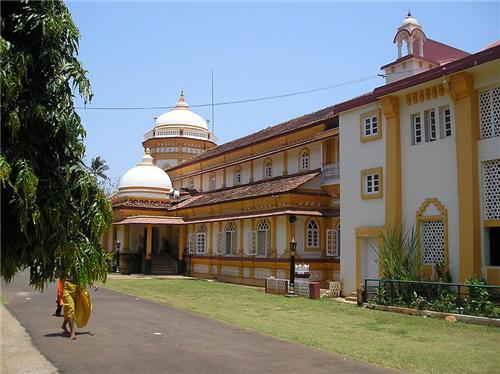 Located in Ramnathim, Bandivade, Shri Ramnath Mandir is very similar to other Brahmin Goan temples and houses five main deities namely, Shri Ramanath, Shanteri, Laxmi Narayan, Ganpati, Betal, Kamakshi and Kalbhairav. According, to the legend it is believed that after killing Ravana, Lord Ram and his wife Sita came here to ask for forgiveness, from Lord Shiva, for killing a Brahmin. Hence, a Shivling was installed, which is known as Ramnath. 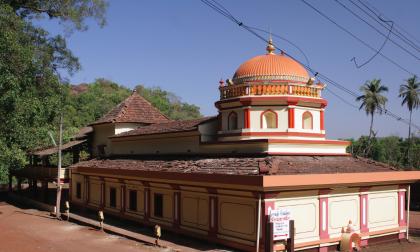 Shri Rudreshwar Mandir is located in the Bicholim Taluka, about 45 kilometers from Panaji. Dedicated to Lord Shiva, this temple is situated near the beautiful Harvalem Waterfalls with an idol of Lord Rudreshwar overlooking the falls. Hundreds of devotees come to the temple early in the morning to offer their prayers. The main festival that is celebrated here is Mahashivaratri, which is attended by many locals. 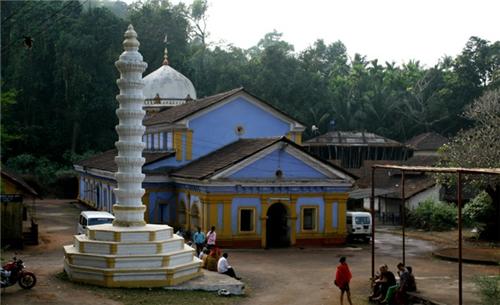 Located about 41 kilometers from the capital city of Goa – Panaji, Shri Vitthal Mandir is the only temple in the state that has an architecture similar to North Indian temples. This is because this temple was built by the Rane families, who migrated from Udaipur and played an important role in Goa’s freedom. Situated in Vithalwadi, Sanquelim, Shri Vitthal is the main ancestral deity of the Ranes. The main festival celebrated in this temple is Chaitri during the month of April.
6780