Visualize a girl praying in silence at the altar of a quaint Church or a couple holding hands walking quietly along a pristine shoreline bordered by palm and coconut groves. Think a bit more; put the idle brain to work; how about three young men sitting with their back atop an ancient crumbled fort facing the Arabian Sea, a couple singing songs on a river cruise or a crowd dancing to the Spanish guitar tunes in vibrant costumes and parading the streets of a town during a carnival. All this sounds familiar or ring a bell? Well, we were merely trying to paint a picture in audience’s mind of the colorful state of Goa which continues to make its’ presence felt in every alternate Bollywood movie spanning almost 5 decades. 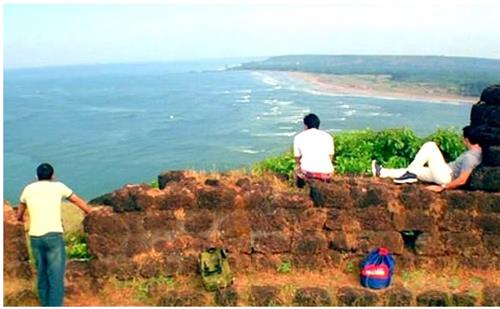 Whether people have visited Goa or it features in their future itinerary, the tiny state’s repeated appearance in endless Bollywood movies have made it a popular tourist spot. This is the place where writers and directors take a vacation to write their scripts or plan their shoot.

Goa’s vibrant culture, scenic locales, its distinct flavor, the clear bright skies and the blue ocean; are the perfect destination for setting of a movie as directors won’t have to shell out a lot of money on building a prop or set inside a studio.

Many a Bollywood star have fond memories attached with their first film being shot in Goa, for instance actress Dimple Kapadia whose debut movie "Bobby" was shot extensively in Goa, followed by films like "Sagar" and recent movie "Finding Fanny" that released in 2014. Celebrities too prefer shooting in Goa for the warmth, charm and the hospitality which the coastal state offers. 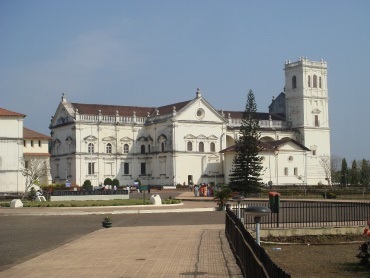 Bollywood’s romance with Goa goes long back in the 70s and 80s when veteran directors like Raj Kapoor and Ramesh Sippy decided to set their films in the backdrop of Goa and showcase its cultural and architectural heritage, the life of its inhabitants, lively folk dance and melodious songs.

A film shot in scenic locales of Goa often saves the cost of travelling abroad with the entire crew that might burn a hole in the pocket of the film’s producer. Goa’s strategic location, the picturesque tourist spots as if custom made for films to be shot here, the beautiful Konkan coastline, Doodhsagar Falls, streams… the state is too palpable for directors to be given a miss. 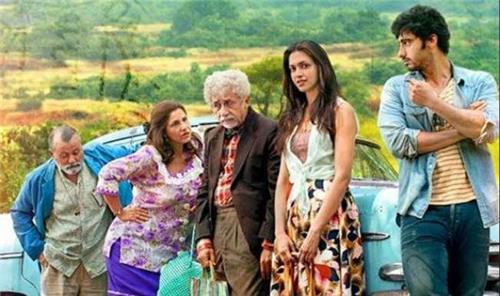 Goa is regarded as an ideal location for the Bollywood film industry that make it a point to at least shoot a song in the vibrant locales of Panjim’s Anjuna, Calangute or Candolim Beach, Aguada Fort (Honeymoon Travels), iconic Dona Paula (Khamoshi), St. Francis Xaviers Church, the narrow bylanes, fishermen’s village in Arpora, Cortalim, Assadao, Saligao (Finding Fanny), Our Lady of the Immaculate Conception Church (Josh), Chapora Fort (Dil Chahta Hai), Se Cathedral (Singham), St. Augustine Tower (Singham), are popular shooting spots and still continue to attract Bollywood film fraternity to these panoramic spots in Goa which can give a tough competition to its’ foreign counterparts.

Goa’s proximity to the Konkan coast was aptly captured in the movie Chennai Express extensively shot on the Konkan Railway Line along with a close up of the spectacular Doodhsagar Falls. Directors like Sanjay Leela Bhansali, Rohit Shetty, Ramesh Sippy, Homi Adjania, Ananth Mahadevan, Rohan Sippy and Kundan Shah have a distinct preference and passion for Goa. This in turn promotes tourism in Goa and it enables the Government of Goa to amass a lot of money from the film shoots for which it is considering a reduction of taxes collected from the film’s unit.

Recently the International Film Festival of India was held in Goa inaugurated by the legendary actor Amitabh Bacchan graced by the presence of Hollywood veteran Robert De Nero in 2014 drawing huge audience from all corners of the country and abroad showcasing a lot of movies. Goa remains a favorite destination for Bollywood over the years and shall carry on the torch forever!
6493